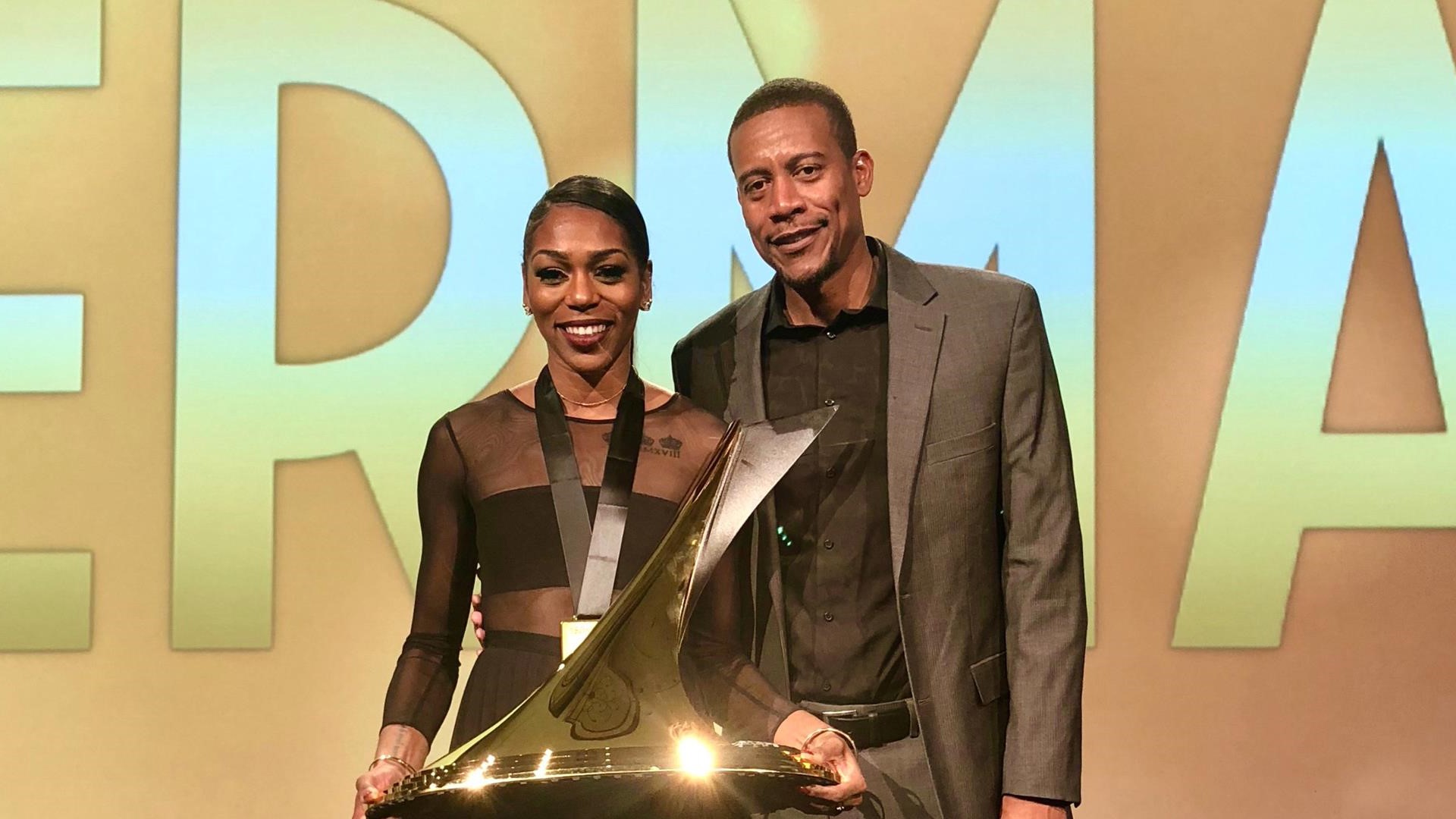 Rogers becomes the third Bowerman winner in the last four years for the Women of Oregon, joining Laura Roesler (2014) and Jenna Prandini (2015). The Houston, Texas, native edged out Arizona State’s Maggie Ewen and Georgia’s Keturah Orji for the top award in the sport.

A six-time NCAA champion, three-time Pac-12 champion and eight-time all-American in three seasons with the Ducks, Rogers put together a stellar junior season in 2017 before electing to join the professional ranks. She won the NCAA 800 meter title both indoors and outdoors, giving her five straight NCAA titles at that distance and making her the first person in NCAA history to win three straight NCAA outdoor championships in the 800.

Despite her dominance in the 800 meters, Rogers’ career will likely be remembered most for her final leg of the 4×400 relay at the 2017 NCAA Outdoor Championships. Needing first place in the relay to win the team outdoor title and complete the first Triple Crown in NCAA women’s D-I history, Rogers ran a blistering 49.77 final lap, the sixth-fastest split in meet history, to edge out USC’s Kendall Williams and secure the historic victory.